Ruth Beatrice FAIRFAX (1878-1948), a founder of the Country Women’s Association, was born on 8 October 1878, at Lue, near Rylstone, New South Wales, second surviving daughter of native-born parents Vincent James DOWLING, and his wife Frances Emily, daughter of T. C. BREILLAT. She was mainly educated by governesses at Lue and briefly attended the Sydney Church of England Grammar School for Girls under Miss BADHAM. On 2 February 1899 at the Anglican Church, Dungarey, near Rylstone, she married John Hubert Fraser FAIRFAX (1872-1950).

The Fairfaxes went to live at Dalmore station near Longreach, Queensland, where she loved the outdoor life. In 1908 they moved to Marinya, near Cambooya on the Darling Downs, where their only child was born in 1909. While at Marinya, Ruth FAIRFAX regularly taught in the Sunday School and supported the Bush Brotherhood and other Anglican organizations. For her local war work she was awarded the Belgian Medal ‘de la Reine Elizabeth’.

At a meeting at the Albert Hall, Brisbane, in August 1922, Mrs FAIRFAX was appointed first State president of the Queensland Country Women’s Association, which was to prove ‘her heart’s great love’. She embarked on a strenuous six months tour in an open car of outback Queensland, organizing branches and holding some meetings on the banks of creeks. In 1926 she resigned as president of the southern division but remained as State president until 1931; she was appointed a justice of the peace in 1927.

The Fairfaxes visited England from March 1929 to December 1930. Ruth attended many gatherings of the similar Women’s Institutes and represented Australia at the International Conference of Rural Women’s Organizations in London in 1929, and on the Liaison Committee of Rural Women’s and Homemakers’ Organisations.

On their return to Australia the Fairfaxes lived in Sydney, at Elaine, on Seven Shillings Beach, Double Bay, that Hubert had bought from the estate of his uncle Geoffrey FAIRFAX. Ruth continued to work for the C.W.A. as New South Wales State secretary until 1946, a vice-president from 1934 of Associated Country Women of the World and as co-editor with Dorothy CATTS of the Countrywoman in New South Wales. As well she served on the boards of the Adult Deaf and Dumb Society of New South Wales and St Luke’s Hospital, Darlinghurst, and on the State executive and general council of the Girl Guides’ Association; she was a life governor of the Benevolent Society of New South Wales, a trustee of the Public Library of New South Wales from 1937 and chairman of the council of the Australian Board of Missions. In June 1935 she was appointed O.B.E. 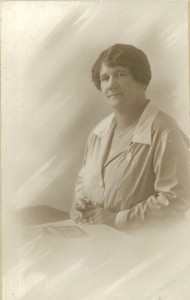 Ruth FAIRFAX loved music and her gardens at Marinya, Elaine and Wanawong. She enjoyed entertaining and often lent Elaine for fêtes, pageants, meetings and entertainments for patriotic and charitable causes. Among her many activities during World War II, she helped to provide sheepskin vests and other comforts for the Australian Comforts Fund. Her friends remarked on ‘her deft, capable hands’. Her ‘dark brown eyes were strong and friendly, her gait was busy and purposeful; her voice and ready laughter made her presence cheerful and dynamic’. A diabetic for many years, Ruth FAIRFAX died from chronic nephritis in St Luke’s Hospital on 1 February 1948 and was cremated with Anglican rites.

Her husband, always known as Hubert, was born on 11 May 1872 at Trahlee, Bellevue Hill, Sydney, fifth son of (Sir) James Reading FAIRFAX and his wife Lucy, née Armstrong. He was educated at Sydney Grammar School and Bath College, England, then returned to Australia and joined Dalgety & Co. Ltd. After practical experience under his future father-in-law at Lue, he bought Dalmore station in Queensland in 1897 and Marinya in 1908. He bred Ayrshire cattle and Corriedale sheep, which he successfully exhibited, and later often acted as judge at Australian shows. He was sometime president of the Ayrshire Association of Queensland, the Australian Corriedale Sheepbreeders’ Association, the New South Wales Sheepbreeders’ Association and a vice-president of the Royal Agricultural Society of New South Wales.

After he returned to Sydney in 1931 he bought Wanawong, 70 acres (28 ha) at Castle Hill. He was a director of John Fairfax & Sons Ltd in 1931-45, the Bank of New South Wales in 1932-50, the Australian Mutual Provident Society (1932-48), the Royal Insurance Co. and the Walter and Eliza HALL Trust. He was also president of the Young Men’s Christian Association from 1935, of the Boys’ Brigade from 1945, and of the Australian Air League and a council-member of the British Empire Society and was involved with the Legacy Club of Sydney.

FAIRFAX was a keen golfer and a member of the Oriental Club, London, and of the Union and Australasian Pioneers’ clubs, Sydney. He died in St Luke’s Hospital on 10 June 1950 and was cremated with Anglican rites. He was survived by their son (Sir) Vincent.

Posted under Uncategorized
Comments Off on Ruth Beatrice FAIRFAX (1878–1948), a founder of the CWA