First train for Rylstone since 1982

For the first time since 1982 a train will pull into the Rylstone Railway Station on Saturday, February 27 in time for the local show.

Kandos Museum, together with their event partners Lithgow State Mine Railways (LSMR) are bringing the train back to Rylstone.

Over the past six months, LSMR and the museum have been working in the background to re-open the rail link between Kandos and Rylstone. Museum president buzz Sanderson says it’s a great occasion.

“What better occasion could there be than for the train to coincide with the RylstoneKandos Show, arguably the best small town show in New South Wales.”

“It has taken a concerted effort by the museum and LSMR to re-open the rail link using Railmotor Set 661/726. The Kandos-Rylstone section was closed in 2004 and last travelled by a Railmotor in 1982.

Of course none of this would have been possible without the support of many others and our thanks go to Paul Toole MP, our local member, Mayor Des Kennedy, our colleagues at Lachlan Valley Railways, John Holland and Transport for NSW as well as the Rylstone-Kandos Show Society.

We are all looking forward to a fantastic day,” Buzz Sanderson said. 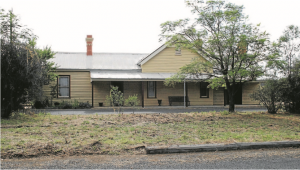 Rylstone Railway Station will welcome a train to its platform this Saturday for the first time since 1982.