Craig Harris, author of Blue Water Warriors, has just completed an historical memoir that mentions Robert Fitzgerald “Fitz” EVANS, who was at one time the owner of Dabee, near Rylstone NSW. During the late 1940s, Fitz’s famous yacht, Mistral II, participated in many Sydney to Hobart races.

The book, Blue Water Warriors, tells the story of the early Sydney to Hobart yacht races drawing on log books and memories of the navigator on a legendary competing yacht, a living part of Australia’s maritime history.
Mistral II’s crew encountered dangers and hazards not generally faced by today’s competitors, without life rafts, radios and no propeller — it had been deliberately removed. At one point, Mistral II came terrifying close to being smashed against the tremendous cliffs of Tasman Island.

There are many contemporary photos, invitations, souvenir programs, and letters, including an introduction letter from Captain John Illingworth RAN one of the founders of the race.

Further information can be found at Craig Harris’ website at www.charrispublishing.com 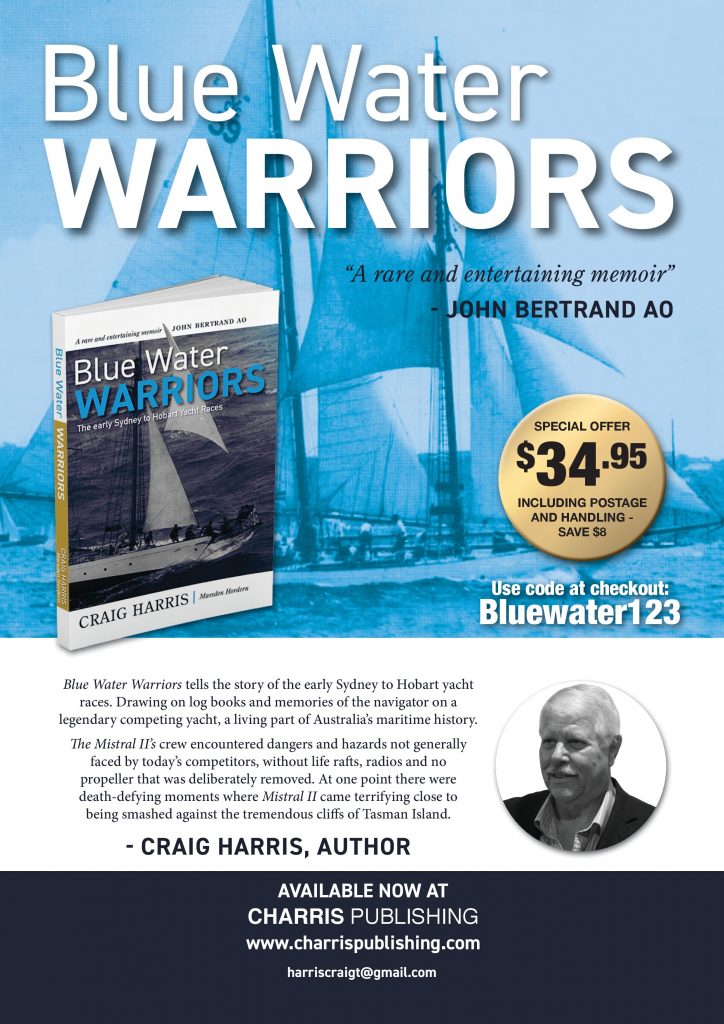