Recently the final resting place of Corporal Athol Goodwin KIRKLAND, killed in WW1, was identified in Crucifix Corner Cemetery, near Villers-Bretonneux in the Somme. There is a signature on the Rylstone Autograph Quilt, namely ‘A. Kirkland’, which could be Athol Goodwin KIRKLAND although there were other A. KIRKLANDs in the area at the time. 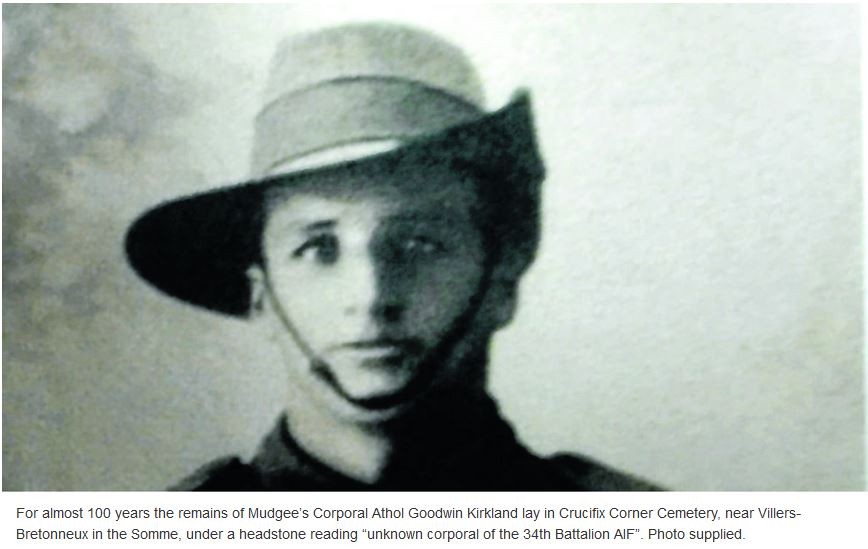 The grave of an unknown soldier on the Western Front has at last been granted a name, rank, and the tears of a long-separated family.

Posted under Uncategorized and tagged with Kirkland, quilt, Rylstone
Comments Off on Athol Goodwin KIRKLAND and the Rylstone Autograph Quilt